After a long, dark journey I could hardly wait to get to know the next class. Even before the children took me out of my transport box, I already noticed that I have now landed in a class in which another language is spoken. Soon I realized that I am in Austria and the children here speak German. The children of the fourth class very friendly welcomed me and spoke to me even a bit of English. 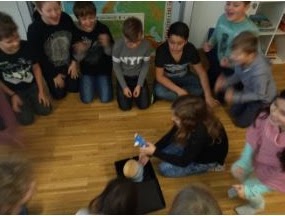 Great joy upon my arrival!


The first few days I was able to watch their lessons and learn how many things the children had already learned during this school year. During this time I met Pinqi, a monster, we two became pretty best friends, even if he was much bigger than me.


I found it particularly exciting that during the Christmas season all classes of our project sent Christmas cards to each other and I was allowed to be there when the children in Mrs. Landertinger's class received the letters from England, America and Linz. The children were very happy about every single letter. 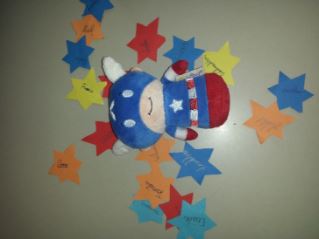 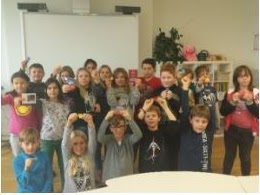 Due to Christmas time, the children in Mrs. Landertinger's class have considered something special for me. I'm sure you know the song "Silent Night, Holy Night". But did you know that this song originally came from Austria? More specifically, it was first mentioned in Oberndorf almost 200 years ago, and this city is just a few kilometers from the school I am in apart. Therefore, the children took me on a "silent night trip", on which I could learn a lot about the song and its origin. This trip was very interesting for me as it was exciting to travel in a time that dates back 200 years. 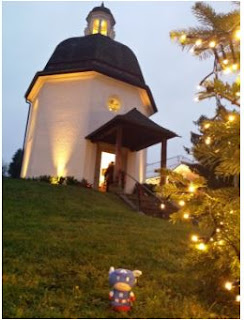 Me in front of the famous "Silent Night" Chapel 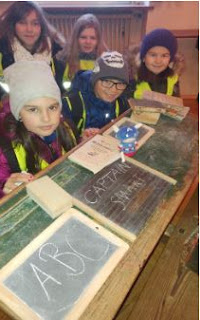 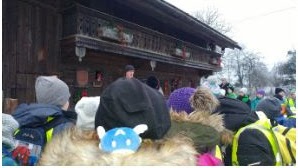 When the Christmas holidays began, I had to say goodbye to the children of the fourth grade. It was a very exciting time, which I could spend here in Austria.Thank God I was able to come home with Mrs. Landertinger during the holidays and celebrate Christmas with her and her family. 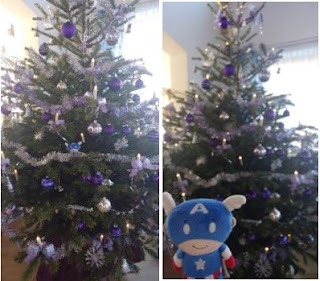 I also celebrated New Year's Eve with Mrs. Landertinger. I've considered whether it would be a good idea to travel with a rocket to my next destination, but ultimately I decided to go back into a package. I'm curious to see where I'll be going. 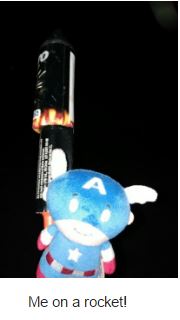 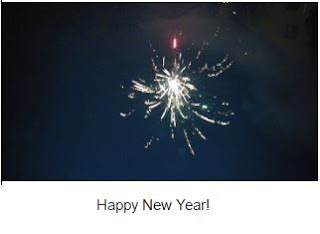